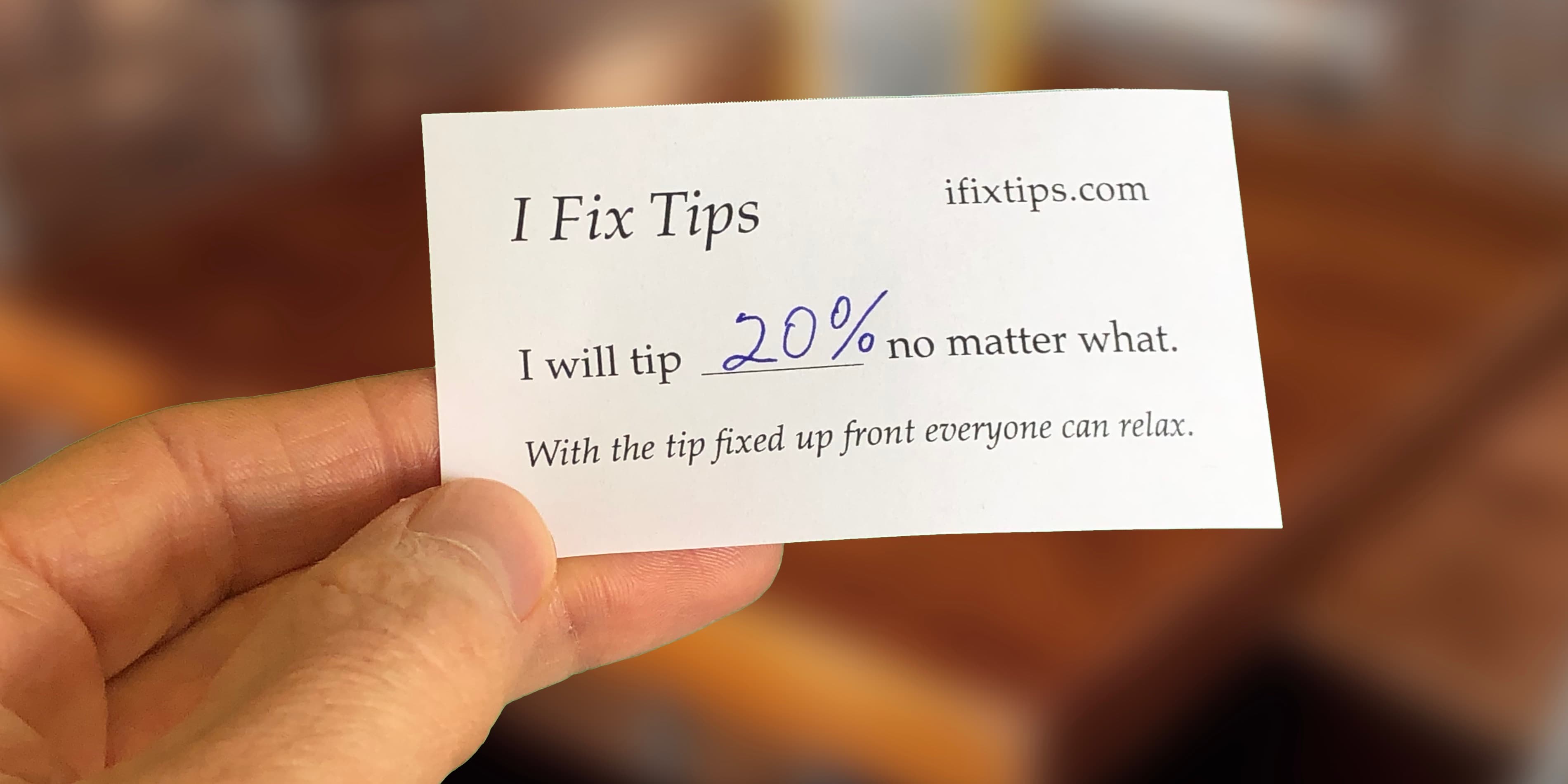 Say to your server:

Why we fix tips

Tipping after service is a weird power dynamic.

Servers regularly put up with sexual harassment and racism for fear of losing tips. Creeps feel entitled to that economic power as paying customers, as though the bodies of servers are part of the service.

In a society where servers are not paid a living wage, participation in optional tipping after service amounts to us enabling that abuse.

Fixing the tip up front is how we opt out of that hierarchical relationship.

Every time you fix the tip up front you are contributing to the security of servers, and affirming their ability to say no to abusive behaviour at work.

But with no financial incentive, won't service get worse?

Are you kidding? Do you pay your friends to hang out with you?

Genuine service comes from genuine respect and dignity. The power dynamic of tipping after service is robbing us of genuine service. Tipping coerces servers to put on a show of cheerful subservience, or else lose tips. Who wouldn't resent that?

The perspective is very different in countries where tipping is not the norm. Tipping is often seen as insulting or demeaning. When there isn't the barrier of this weird power dynamic, when servers are paid a secure wage, it is natural for people to serve with dignity and care.

But what if there's a problem with the service?

Use your words. Withholding tips was never an effective way of communicating dissatisfaction.

If you need to raise an issue, by all means do so respectfully. But no matter what, pay the fixed tip.

But I can still tip extra for really great service, right?

No. Pay the fixed tip.

If your way of signalling appreciation is with money, you are buying into the same dynamic that got us into this mess in the first place.

Tipping has always been awkward and weird, because it introduces a power dynamic into what should be natural, genuine appreciation.

Want to really say thank you, in a way that is meaningful for your server? Be specific – tell them what they did, how you felt and what it means to you.

I Fix Tips is a project by @benwilliamson